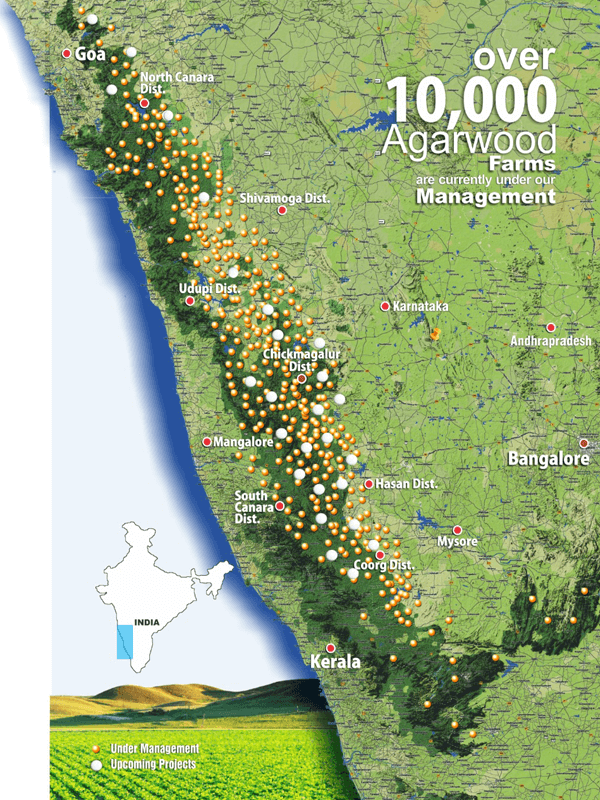 Vanadurgi Agarwood India Limited is fast emerging as one of the world’s largest groups of Agarwood plantations. We currently own and/or manage over 10,000 plantations. Our plantations are developed in the unique inter-cropping system model with the lowest production cost with no parallels elsewhere in the world. Over 2.5 million trees are currently on ground, and the number is increasing by over 0.3 to 0.5 million trees a year.

Agarwood was introduced to South India by Vanadurgi, and today, about 99% of plantations spread across various South Indian states are promoted and managed by our organisation. Most of our plantations are located in cold, humid, heavy rainfall zones wherein trees undergo natural inoculation systems through fungal cultures. A large extent of our plantations are in an elevation ranging from 2,000 ft to 3,500 ft from MSL, climatic zones which have a long duration of freezing winter and warm summer, conditions that result in the best quality of resinous wood.

Commercial cultivation of Agarwood was introduced in the Western Ghats region of South India by Vanadurgi in the year 2006. After intense research, the very first large scale plantation was established at Vanadurgi Estate in the year 2007. Following its success, the crop was planted by developing model plantations at various geographical locations of Karnataka. When the first year of commercial planting began in 2009, about 700 planters from 19 taluks of five districts planted Agarwood, entered into a buy-back agreement with the company, and became its shareholders.

Later on, planting continued in the following years to about 2,00,000 to 3,00,000 seedlings per year. Currently, 10,176 farmers are growing Agarwood in 9,670 acres, numbering about 24,88,275 plants. Today, over 95% of plantations in South India are located in the evergreen forests of Karnataka. From 2012 onwards, Agarwood was introduced in Kerala, Tamil Nadu, Andhra Pradesh, Gujarat and Maharashtra as well, and currently, small-scale plantation is going on in these states. Bold initiatives taken by our organisation, along with long-term services, complete Agarwood solutions, and buy-back assurance of mature trees resulted in the large-scale development of plantations in South India. 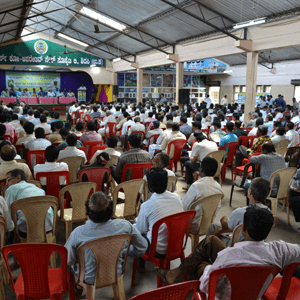 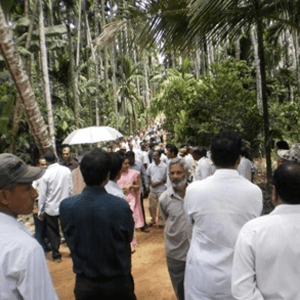 The quality of resinous Agarwood, produced naturally, stands much better than the artificially produced ones. Keeping this in mind, the company has developed most of its plantations in heavy rainfall regions which encourage insect boring, fungal infection and resin formation. We encourage our planters to follow traditional methods such as axe wounds, severe bark removal and nailing etc., which allow fungi to infect the tree. This operation is generally done just before the onset of winter, when a 30% deep cut is made on the tree trunk with the help of a sharp knife. The cuts made in this manner allow the fungal infection to begin and reach the inside of the tree trunk. This method is successful in a cool environment where the soil is rich in natural fungi. These methods require a long time for Agarwood formation and typically produce good to medium quality resinous wood, but in less quantity.

Owing to colonisation and globalisation, while many plant species of India have landed in foreign countries, innumerable varieties of plants from foreign countries have made India their home, becoming a part and parcel of our agricultural set-up. In a similar vein, Agarwood will be a longstanding crop in South India. 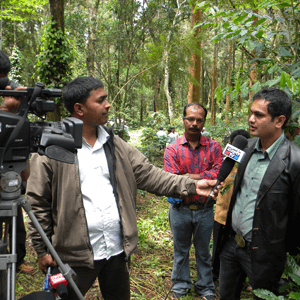 Most of our plantations are developed in the unique inter-cropping system, with no parallels elsewhere in the world. Agarwood trees are planted along with three to four compatible crops in the same place, with the right spacing, so that each species will have sufficient sunlight and minimum root competition. With the adoption of this low-cost model of tree cultivation, we are able to bring down production costs, so that our products are reasonably priced. 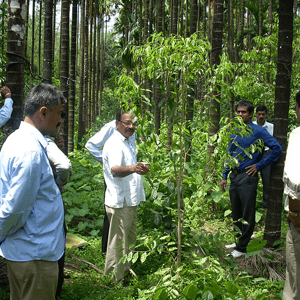 . About 370 coconut farms have planted around 200 Agarwood trees per acre in single or double row system.

. In a few lower elevation tea gardens, Agarwood is planted as a shade tree, numbering about 50 to 100 per acre.

. In around 256 cardamom plantations, around 400 Agarwood trees per acre have been planted as alternative shade trees.

. Over 375 farmers have planted Agarwood in-between rubberwood trees in a single row system.

. Agarwood is mix-planted in farm forestry along with timber trees such as teak, mahogany etc.

. In dry regions, Agarwood has been interplanted with Malabar neem trees and over 400 farmers have chosen this model.

. A number of plantations have also grown Agarwood as border crops, along the fence.

. Cultivating Agarwood as shade trees in coffee estates has proven to be mutually-beneficial to both the crops. 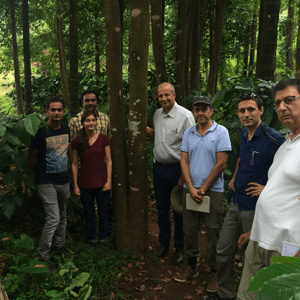 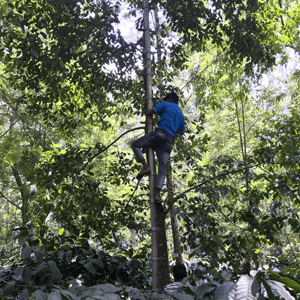 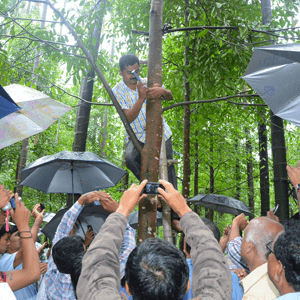 Organic is all about cultivating the land without using substances which are known to contaminate the soil, air, water, and food. Agarwood is cultivated as per organic standards, in a most heavily regulated and closely monitored healthy agricultural system in some of our farms. Such farms are certified as per the organic standards of the National Programme for Organic Production (NPOP), India, and the European Union Regulations on Organic Farming, Europe. We ensure that no pesticides, insecticides, weedicides, irradiation and chemicals are used in the farming and inoculation processes, and in the processing.

The company has developed an efficient organic method of resinous wood production that resembles the natural phenomena of Agar formation. A product is developed using a combination of native fungal strains. Mechanical injury is done to the tree trunk to allow fungi to infect the wounded parts. This operation is generally done just before the onset of the rainy season when a 30% deep cut is made on the tree trunk with the help of a sharp knife. The cuts made in this manner allow the fungal infection to begin and reach the inside of the tree trunk. This method is successful in the organic farms in cool environments where the soil is rich in naturally occurring fungi. The results so far have shown good quality resinous wood, similar to that of wild Agarwood in terms of chemical constituents and the essential oil content with a strong fragrance, ideal texture, and desirable black resin. 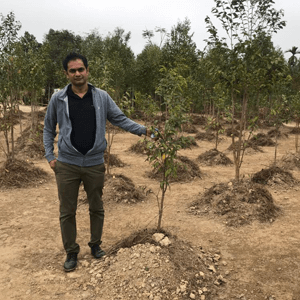 Vanadurgi Foundation provides all sorts of support to farmers including technical guidelines for the natural system of cultivation, and biological methods for pest and disease management. By bearing all the costs involved, we ensure that the farmers’ lands get free organic certification through internationally accredited organisations. More importantly, we provide market support to organic farmers for Agarwood and other products which they have grown in their farms. We purchase their products at 30% premium price and thus make the organic movement viable for them. In our farms, soil health is maintained through traditional ways by applying vermicompost, farm yard manure, green leaf mulching etc. Diseases and pests are controlled through biological ways with the help of microorganisms such as trichoderma, azotobacter, pseudomonas etc. At Vanadurgi, we are basically farmers, and we know what it is to be a farmer – the challenges, weather, soil, and all the related issues. 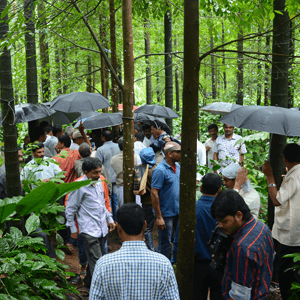 Vanadurgi Estate was certified Organic by SKAL Organic Certification Agency in 2006 – 2008. Later on, our organic project was certified by Eco-Cert. Currently, the process of organic certification is going on with Aditi Organic Certifications. Further, Vanadurgi has a long-term association with the organic farms in Chikmagalur and North Canara districts. Such farmers are also members of the Vanadurgi Foundation and cultivated Agarwood in the intercropping model. At Vanadurgi, we monitor each and every step, right from the land where the products are grown to the processing facilities, transforming the products, and assuring every detail is given the attention it deserves. Our commitment is to give a win-win solution to farmers, buyers, and the environment.

Set amidst verdant valleys, imposing mountains, and wildlife sanctuaries, the Western Ghats region of Karnataka is one of the last remaining bastions of an era gone by. This ecological region is one of the eight highly bio-diversified zones in the world, and several forest areas have been recognised by the UNESCO as world heritage sites. The mountain ranges of Karnataka’s Western Ghats are biodiversity hotspots that are home to a large proportion of the country’s plant and animal species. Natural resources, medicinal plants, spices, perfumery raw materials and various agriculture produce from this region are in great demand in the global markets. 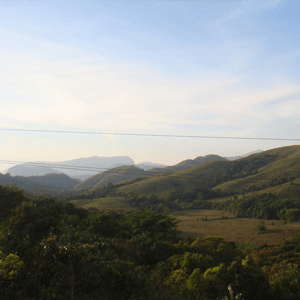 The company has developed plantations in the Western Ghats, in different zones, which are broadly divided into four types:

The best zone has about 50 % of trees which are cultivated as rain-fed crops in the high ranges of coffee plantations.This zone has about six months of rainy season which encourages natural resinous wood formation; three months of very cold season, and three months of hot summer, which together create stress to trees, producing the best quality of Agar oil.

About 25% of trees are developed in the same climatic zone, but trees are irrigated in summer as they are inter-cropped with irrigated commercial crops.

The third zone is in the slightly lower elevation, and also intermixed with irrigated crops. 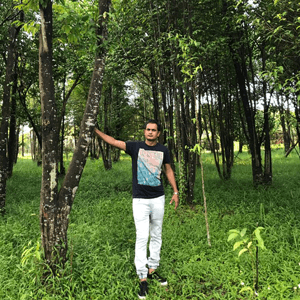 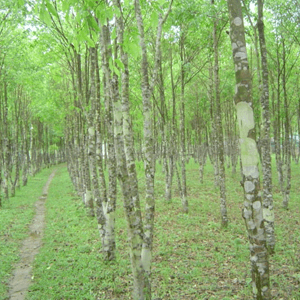 Agar plants grow well in places that enjoy high humidity, receive an annual rainfall ranging from 125 to 750 cm, and are 300 to 1,500 metres above sea level. The climate of Western Ghats is similar to that of Southeast Asian countries where Agarwood is grown naturally, thus producing superior quality products 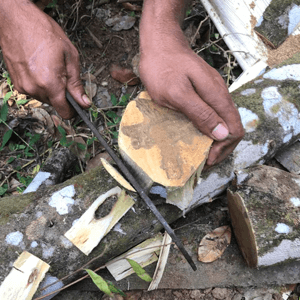 We follow sustainable harvesting techniques to extract resinous wood from the infected trees. The process of sustainability starts right from the inoculation method, wherein technologies are adopted in a way that trees can be harvested part by part, over the years, from the branches, and simultaneously they have the opportunity for regeneration.

Our team, together with the farmers, assesses the infection status of a tree by examining the colour of the inert trunks, sapwood, and branches before cutting them away. The bark and trunk of the suspected tree are chopped till the nearest part of the infected area, leaving the main part of the tree alive. We leave the tree, no matter how big it is, when there’s no indication of resinous wood. Trees cut by the company are only those that have shown the indication of reaction, possessed fragrance, and shown the production of resin during the checking process. Portions of the tree are harvested where resins accumulate, and allow the remaining part of the tree to survive.

Meanwhile, the number of mature Agarwood trees has been maintained, suggesting that there is regularity in availability for the next harvesting. Logging activities are in the form of selective harvesting to limited, small-scale clear-cutting. The goal is to harvest in such a way that it allows these species the chance to regenerate, and ensures that the plantation’s overall ecological health is maintained, restored, or even enhanced. The hallmark of our sustainable plantation, from a purely ecological perspective, is the extent to which forestry practices mimic natural patterns of disturbance and regeneration. Our sustainable plantations balance the needs of the environment, wildlife, and forest communities supporting decent incomes while conserving Agarwood trees for future generations.

Every year, the number of seedlings we plant exceed the number of trees we harvest. We plant around 0.2 to 0.3 million seedlings every year. Agar tree cultivation will increase the tree cover in the region. It is estimated that mature Agarwood trees can store about 0.25 to 0.5 ton carbon in them. Agarwood trees absorb the greenhouse gases that cause global warming and play an important role in addressing climate change by helping reduce atmospheric carbon-di-oxide levels. Agarwood trees can also help in preventing soil erosion, and provide shade, shelter and food to native birds. The project is profitable, sustainable, and also great for the environment. 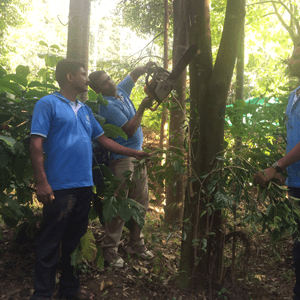 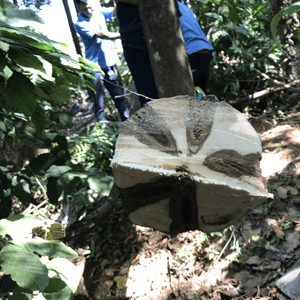 Vanadurgi has developed some of the plantations in its own land. While about 30% of trees in the project are planted by members of the Vanadurgi Group and its associates, the remaining trees are planted in contract with farmers through a unique plantation development, management, processing and marketing model. The company is focusing on each and every step of the production chain, right from planting genetically-traced best varieties in order to increase productivity and quality.