Vanadurgi Agarwood India Limited is closely associated with the growers, processors, traders and research institutions of the north eastern states. Nagaland is one of the state where Agarwood has been planted by tribes and in few area new plantation is coming up. This article provides brief information to members of the organization, traveling through different sections of Nagaland.

Agarwood farming is practiced in the south Indian state especially in Karnataka, due to efforts from Vanadurgi, but it’s historical n the north easten-Indian states. It is mainly in the state of Assam for centuries in the use of perfume and medicine made from agarwood. The use of Agar products was a symbol of prestige during the reign of King Nawab. The Arabs later adopted the Agar product, which later became the largest industry in the use of Agarwood. In the Nagaland, Agarwood sourcing was there in the 13th century and was exported to the Eastern countries via Assam. In that China is one of the most important one and including Arabian counties. 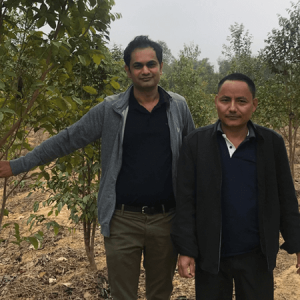 In most tea plantations, 50 to 100 agar plants are grown per acre. Arecanut crop is one of the major crops. Agar is also growing as a mixed crop in between Arecanut. The artificial inoculation system is still under study in postmodern states. Various types of artificial inoculation techniques have been tested by government agencies such as Rain Forest Institutes, Assam Agriculture Universities, Forest Research Institute, North-East Institute of Science & Technology, Plant Bio Technology Division and are still in the testing phase.

Indigenous people have found an easy way to identify the stage of harvesting agar trees. The disease is harvested by observing the disease of the trees, the leaves turning yellow and the number of insect pores and tree trunk. In some cases, the practice of cultivating the crop by growing the shoots from the base of the same tree.

The growth of Agar varies from region to region, yield and quality are good in the highlands of Nagaland; For example the quality of Agar is better than Manipur, while in some places we get poor quality Agar than that of Tripura. Local peoples are also skilled, specialize in cutting and sorting the wood, fragrance, weight, color and resin content. Most of products from Nagaland, are traded though Assam channels and the black colored agar portion is locally known as Shyam mall. This will be first grade. The second grade is called Kolagachi. The third grade is called Bantang. The fourth grade is called Phua or Bhua. Fifth grade is called Dham. The first two grades are sold in chips. Later grades are used for oil processing. Priced according to grade, the price is Rs 100 to Rs 50000 per kg.

Vanadurgi is engaged in the purchase of Agarwood trees from the growers. And same trees will be processed in to chips and also as oils. All these products are purchased by Vanadurgi for realistic price, providing helping hand for farmers.